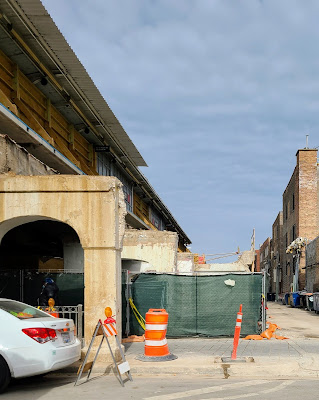 Argyle Street is open again after demo took place this week on the Red Line tracks. The pagoda is gone (it will return, in some form, before the project is done) and so are the half the platform and one set of tracks. It will be interesting to see the new tracks and supports be built as we move into the next phase of the project.
By Kate Uptown - October 22, 2021 No comments: 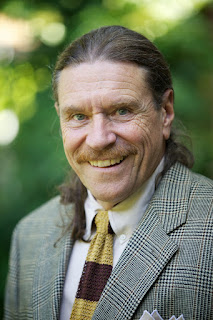 We are extremely sad to hear of the recent passing of Don Nowotny, former 46th Ward Streets & San supervisor and candidate for alderman, at age 75.
Known as "The Ponytail," Don was a familiar sight around the ward in his white city truck. Appointed by former alderman Helen Shiller, he was a long-time Uptown resident and held the position of ward superintendent for nearly two decades.
He was extremely helpful when residents participated in Clean & Green and block parties, and was extraordinarily responsive to residents' complaints about early garbage truck pickups and littered lots.
When Ald. Shiller made the announcement she wouldn't run for another term, Don threw his hat in the ring in May 2010. In a crowded field of 12 candidates, he finished in fourth place, missing the 2011 aldermanic run-off. His reaction was "It was fun while it lasted. Thank you to everyone who could be a part of the experience."
Don retired from his job with the City in June 2011.
From his obituary, we learned that Don served in the Army Corps of Engineers and earned an MBA from the Kellogg School of Management at Northwestern University.
"The Ponytail" was a good guy and will be missed. Our thoughts are with his husband, Carl McDowell, and all his friends who feel his loss.
Services will be held in Don's hometown in Iowa.
By Kate Uptown - October 21, 2021 No comments:

Uplift Students Win STEAM Challenge, Will Appear In Festival of Lights Parade On A Float They Designed 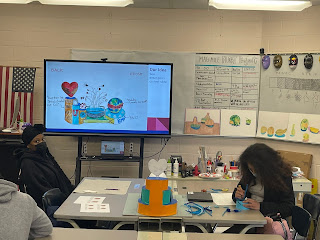 "We are so excited to announce that @uplift_high won a STEAM design challenge for the @BMOHarrisBank Magnificent Mile Lights Festival!

Students in our sculpture class designed a float that will be built and displayed at this year's parade and we’ll be on it!"

We'll be watching. Congratulations to the students and teachers!

A Taste Of Uptown At The Capitol on Wednesday 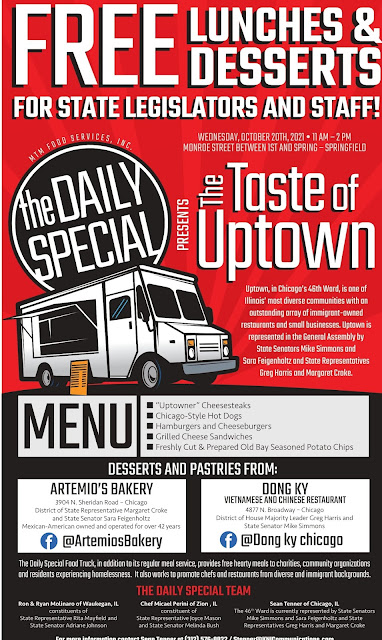 "Putting this together at the State Capitol tomorrow; promoting Artemio’s Bakery on Sheridan and Dong Ky on Broadway. Should be fun; was just announced from the House floor by Rep. Harris.

Artemio's was founded 42 years ago and Dong Ky 27 years ago; such great folks."

Halloween Bash For You AND Your Pet At Ox & Oona 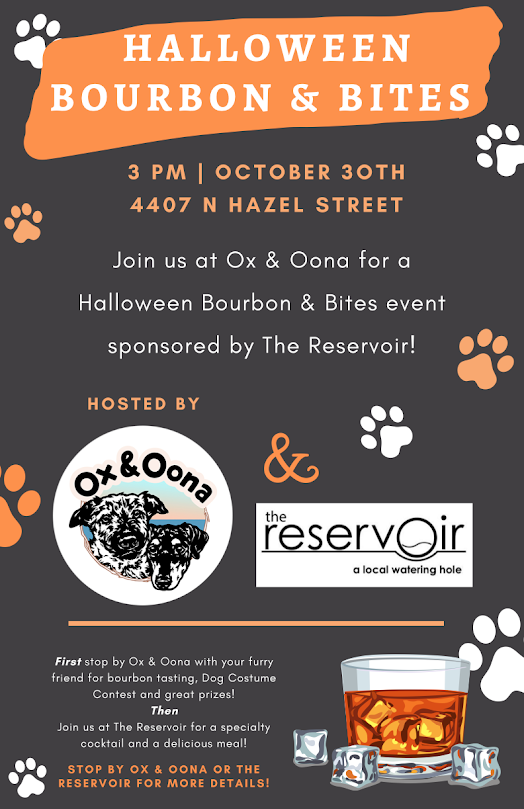 After the local block club, Dover Street Neighbors, rejected the last developer's proposal for a zoning change on the "Happy Wash" building and parking lot nearly two years ago (a proposal that had an affordable housing component), a new developer has stepped in.

This developer has presented plans for two adjacent residential rental buildings that will maintain the lots' current zoning status. Under the city's Affordable Rents Ordinance, the developer is therefore not required to include any affordable units, as it would be if a zoning change were involved.

If this is all familiar, remember we saw this same scenario play out a few blocks away on the 4600 block of Malden. A developer there requested a one-story upzone which would have triggered the city's affordable requirement (then 10% of the units, now 20%), but the local block club, Magnolia-Malden Neighbors, rejected the proposal outright. The developer went back to the drawing board and is now building what it is allowed to "by right" with no affordable housing required nor included.

We've said it on these pages many times before: When you have something to bargain with (in this case, zoning change approval), you have leverage with the developer on many issues, including building height, appearance, etc. When you walk away from the bargaining table, the developer loses its incentive to listen to community input, and is free to build within the parameters of the current zoning.

Ald. Cappleman's office has uploaded the plans for the two parcels (the current Happy Wash building at 1351 W Wilson, as well as a separate parcel at 4551 N Dover, currently a parking lot on the south side of the lot). The five-story main building (one level taller than the previous proposal) is pictured above, and the two buildings are shown side-by-side below.

The developer is proposing 30 residential rental units with 30 parking spaces for the Wilson Avenue building and an additional four units in the separate 4551 N Dover building with four parking spaces.

While this building is being built to right, there is a matter for the block club to decide:

The proposed development includes a developer request for a zoning variance to allow for one-to-one on-site parking. If the variance request is rejected by the local block club, the developer can build to right, and renters in the building will likely resort to street parking rather than being able to park in the building.

Since parking is at a premium throughout Sheridan Park, we urge the local block club to consider granting the variance to avoid further exacerbating parking issues for local residents. 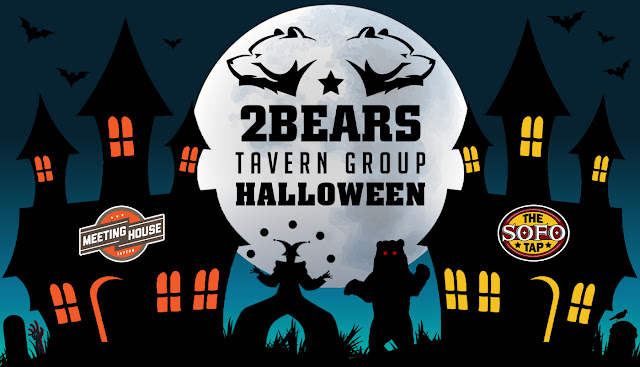 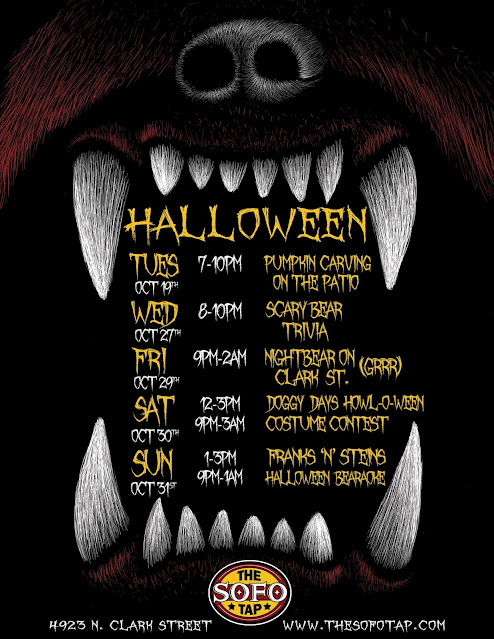 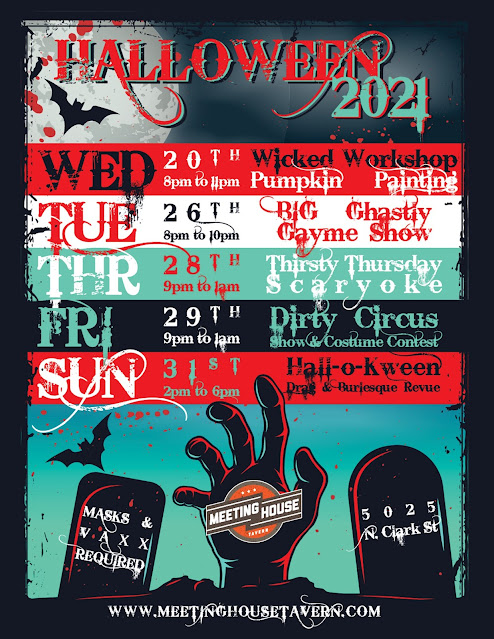 Join your Buena Park neighbors for trick-or-treating on Kenmore Avenue! Kenmore will be closed off from Irving Park to Montrose and at Sheridan to allow a safe passage for children to trick-or-treat on Sunday, October 31 from 6 - 8 PM. 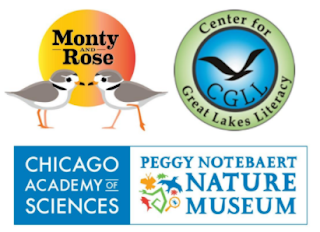 "There's a unique opportunity coming up for a virtual professional development workshop to dive into the natural phenomenon of endangered Piping Plovers nesting at Montrose Beach!

In partnership with Peggy Notebaert Nature Museum and Center for Great Lakes Literacy, we will have a virtual workshop for 6th to 12th grade educators to bring the "Monty and Rose" film project to classrooms across Chicagoland.

In addition to viewing the first "M&R" film, participants will come away with a greater understanding of Great Lakes biodiversity as well as an action plan to incorporate these core science topics into their teaching context.

The workshop takes place Saturday, November 13, from 8:45am to 10:45am and I will be on hand to help facilitate with the Nature Museum and Center for Great Lakes Literacy staff. It promises to be an informative and insightful morning!" 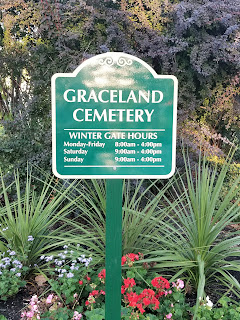 A note for those who like to walk, jog, bike, tour, and otherwise enjoy the serenity of our local cemeteries:

Winter hours took effect beginning this weekend, so you'll need to plan to leave a little earlier, at least until next March.

Casino Uptown Returns To The Aragon On November 3rd 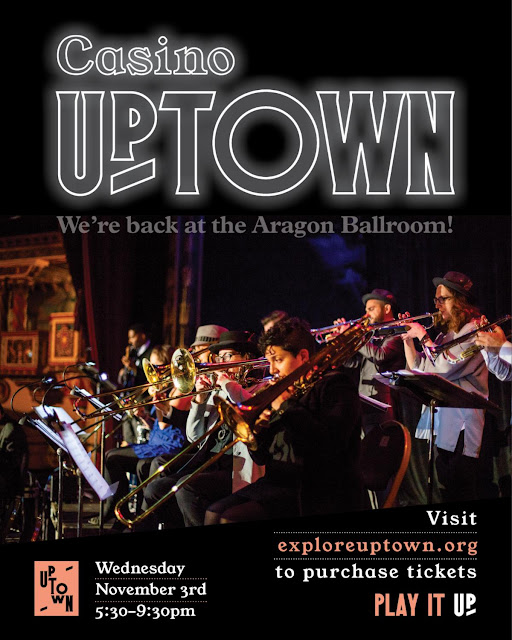 Uptown’s biggest party returns on November 3 from 5:30pm to 9:30pm. Casino Uptown features games, food, and drinks at the historic Aragon Ballroom along with a special performance by the roaring 20-piece big band sound of the Lakeside Pride Jazz Orchestra!

Play it UP! Play poker, blackjack, roulette, or craps to win incredible prizes! Enjoy great food from Uptown restaurants, libations, and live jazz. Step on the floor and show us your best moves as we dance the night away!

Please note that proof of a full COVID vaccination will be required to attend this year’s event.

If you're looking for a delicious brunch right here in the neighborhood, think about giving Tiffany's On Broadway a try.Locally owned, it's located at 4645 North Broadway, next to Gigio's. It advertises its food as "Bringing you American Classics with a Latin twist." It opened last spring, effectively turning a drab empty storefront into a cozy little art-filled gem.
Be sure to bring your tipple of choice - it's a BYOB.
Tiffany's offers brunch on weekends between 10am and 3pm.
Dinner is served beginning at 3pm Wednesdays through Sundays. Tiffany's is closed Mondays and Tuesdays.
You can check out the menu(s) here.
Tiffany's is active on social media, so take a look at what they offer. It looks delicious!
(Since we've got it stuck in our heads, you can too! Ladies and gentlemen, presenting Deep Blue Something.)
By Kate Uptown - October 16, 2021 2 comments:

UPDATE: After a week's delay, the demolition has been rescheduled. All dates below are accurate.
As part of the Red Purple Modernization project (RPM), the CTA will be demolishing part of the Argyle train viaduct next week. Work will run continuously from 8pm Monday night (October 18) through 7pm Thursday night (October 21).
This is what CTA says to expect:
In an effort to maintain track along the CTA Red Line, eliminate slow zones, and continue to provide quality rapid transit service, work will be performed that may affect your community. While progress sometimes comes with inconveniences, we will do our best to keep them to a minimum. If you have any questions or concerns about the work activity, please contact: LaTrice Phillips-Brown, CTA Government and Community Relations Officer, lphillips-brown@transitchicago.com"
By Kate Uptown - October 15, 2021 No comments: