Going Up! Construction About To Commence, At Long Last, At Wilson & Broadway 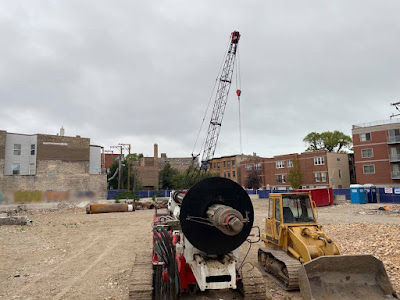 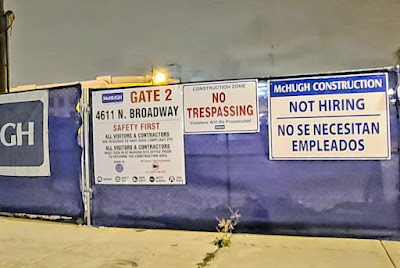 This week construction equipment moved into place at the empty lot on the northeast corner of Broadway and Wilson, signaling that groundbreaking is about to begin on a nine-story retail and residential rental building that has the potential to further transform the intersection.

It's been a long process to to get to this point.

It was more than five years ago (July 2016) that the residents living in the local block club area, Truman Square Neighbors, voted to approve the zoning change that made the development possible. A week later, the 46th Ward Zoning & Development committee approved the same. Chicago's Department of Planning & Development had its say on the design, and there were changes made to the proposed building's height, appearance, and number of apartments. (So. Many. Changes.) The original developer left the project, and John Buck Company and Free Market Ventures stepped in.

On a snowy day early in 2021, demo finally commenced on the three buildings that made up the site. City workers spent the summer installing extra utility lines under the streets surrounding the empty lot to ensure there's enough infrastructure to support it.

And now there are cranes, and all sorts of construction equipment sitting in the lot.

It's going to be interesting to see what the site looks like in a year's time. It's certainly taken long enough to get to this point. 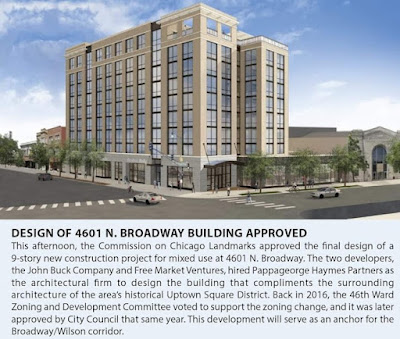