As most of our readers know, there was an incident on September 18th where Ald. Cappleman, who had gone to the corner of Racine and Leland after constituents reported public drinking, was allegedly assaulted by one of the men who've been regularly hanging out there. The alleged assailant's name is Tony Landers.  Mr. Landers was subsequently arrested and released on the evening of Monday, September 20th. 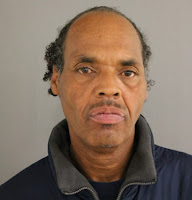 Tonight, a reader sent in a screen shot showing that Mr. Landers, less than three days after his release from jail, was arrested on charges that he committed aggravated battery against a female senior citizen a couple of blocks away at 4623 North Broadway on the morning of Thursday, September 23rd.

Moreover, research shows Mr. Landers was previously arrested less than a year ago for another alleged attack: aggravated assault and use of a deadly weapon, at 4650 North Broadway, at the corner of Broadway and Leland.

Obviously this man needs help and intervention from social services, and we hope he gets the help he needs. 48 arrests unfortunately haven't done anything to help him or control his behavior.

We are posting his photo so that residents and visitors who walk through the area he frequents are aware of him and what he looks like. Please steer clear of him!