Since its rebirth from the merger with the former Stockton School in 2013, Courtenay Language Arts has been a rock in the community, consistently improving student performance and becoming an ever more attractive option for out of community students. And now, after a new playlot for Courtenay's west side (on Dover) was announced and then passed City Council in June, the playlot's funding ($2.1 million) became official today:

We look forward to seeing the new playlot in 2022! 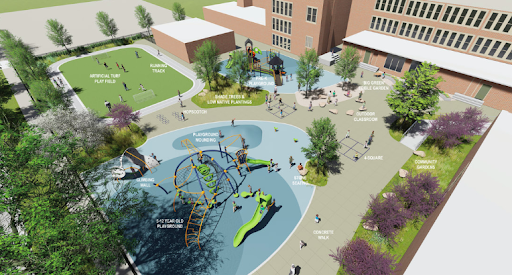