Happy Noises All Around

If you've been paying attention, there's suddenly lots of activity on Wilson.

First, after months of delay waiting for permits, the environmental and foundation crews have appeared at the empty lot at 4601 N. Broadway. 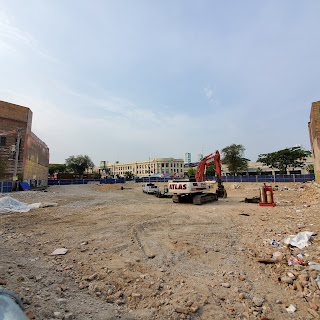 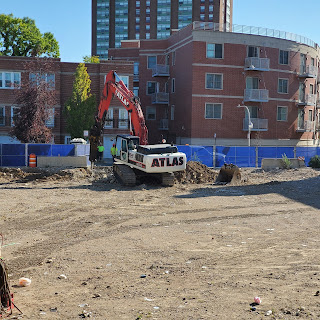 A flurry of activity over the last week suggests that the arrival of big equipment, including a crane, is imminent. Construction on the new 'Platform 4611' should begin shortly. 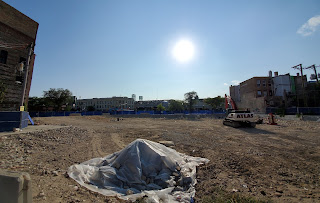 One door over, local residents report the Double Door is doing soundchecks, suggesting that construction is ongoing and some form of opening may be imminent. A neighbor says they heard "Money for Nothing" by The Dire Straits on Friday.

And finally, the new building at 1050 W. Wilson (a.k.a. 4600 N. Kenmore) is really beginning to take shape, with the side of the Double Door now nearly hidden and an elevator shaft visible in the middle of the lot. 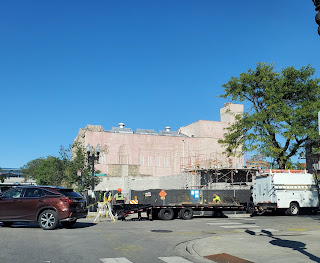 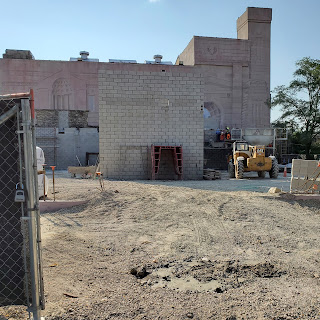 P.S. If you didn't catch it, one of our editors reports that the Aragon's marquee was lit up for the first time in many months over the weekend.  Sorry, no picture, but another great sign!