'Ripple Effects' at The Uptown

While we wait for new financing to fall into place, Uptown's namesake theater is seeing heavy use over the past few days, with filming support trucks lining Broadway and Lawrence all the way to Malden. 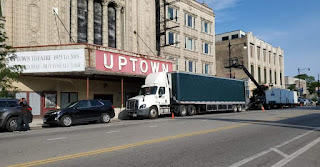 Signs on set point to due to filming of the Apple TV series 'Ripple Effects.'  Backed by Leonardo DiCaprio as executive producer, the Elisabeth Moss-led show focuses on the psychological (and metaphysical) journey of a survivor of a brutal assault as she hunts for her attacker.  The series is based on the novel 'The Shining Girls' by Lauren Beukes. 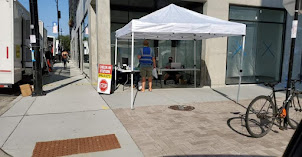 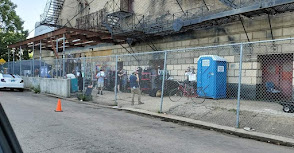 The series has been spotted filming this summer in other places in Chicago.  Whatever is currently going on at the Uptown appears to be fairly large in scale based on the number of trucks parked in and around the theater. 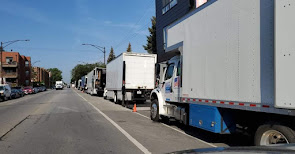 With respect to the theater renovation, we have heard that there is progress being made on the financing front, with new investors joining a group led by building owner JAM Productions.

As our readers will recall, lead financer Farpoint left the project in early 2021, and JAM has been wooing investors to replace Farpoint's contribution to the renovation fund.  The plan remains to ultimately revive and restore the beautiful theater.

While Farpoint's departure was a significant setback, we are hearing that, with the city contribution and tax credits remaining in place, the Uptown remains an attractive project for people with the funds to invest. We are hoping to have good news to report soon, and in the interim, anyone have Mackenzie Scott's phone number...? ;)