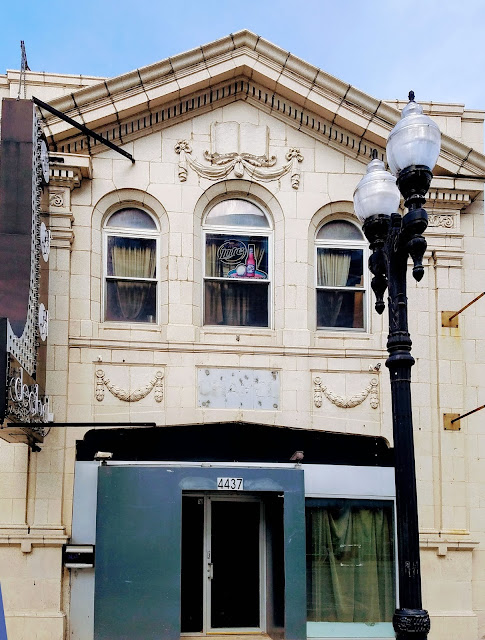 A building permit has been filed that allows permission to convert the former Decibel Bar building into a restaurant/retail space at street level with a dwelling unit above.

The site, at 4437 North Broadway, has been the home of several clubs and restaurants over the past couple decades: Frankie J's, then The Spot, and most recently, Decibel Bar. It has been vacant for several years, and has recently been listed at various times for sale and for lease.

It was originally built in 1909 and functioned as a funeral home, with the chapel and reception rooms on the ground floor. The undertaker and his family lived above, on the second floor. You can still see the outline of the word "CHAPEL" over the main entrance door.

Retrofitting the second floor into a residential space will be returning that part of the building to its roots.

It has the potential to be amazing, with beautiful terra cotta ornamentation on the exterior of the building, and second-floor windows that look like they were designed for stained glass. Each level consists of about 1750 square feet.