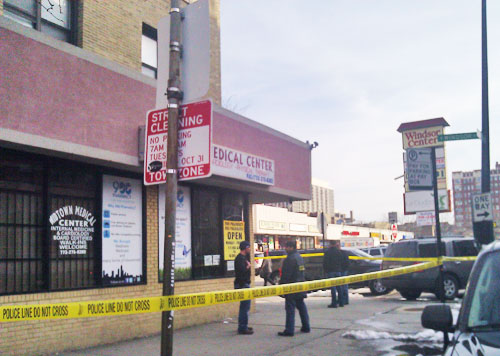 On Tuesday, a long investigation and court case centering around the illegal prescription and distribution of over a million opioid tablets ended with a second guilty plea.

Back in March 2013, the Midtown Medical Clinic at 4527 North Sheridan was raided by the FBI, IRS, Chicago PD, and DEA. Neighbors had noticed the huge lines outside the clinic from morning until night, and notified CAPS and Ald. James Cappleman that something seemed amiss.

Some investigation, and a video of the goings-on, prompted a search warrant and accusations that the owner and attending physician at the clinic were illegally prescribing and dispensing opioids such as oxycodone, alprazolam, and hydrocone to more than 70 patients a day.

As the saying goes, the wheels of justice turn slowly, but grind exceedingly fine. On Tuesday, a plea agreement was reached with Mohammed Shariff, the former owner of the clinic. He could face up to a 20 years in prison and a large fine in exchange for pleading guilty to conspiracy.

Between February 2012 and March 2013, the clinic "illegally put close to a million illegal opioids and pills on the street," according to CBS, and profited nearly $600,000.

Ald. Cappleman, who testified in federal court in the case, posted Tuesday night on Facebook, "A huge thanks to all the neighbors who alerted me to this situation back in 2012.... after 6 years, the case is finally settled. The video I took to get the DEA involved was later used by them in court to get Dr. Galvani to plead guilty last spring and Mr. Shariff to plead guilty today."

More about this story: