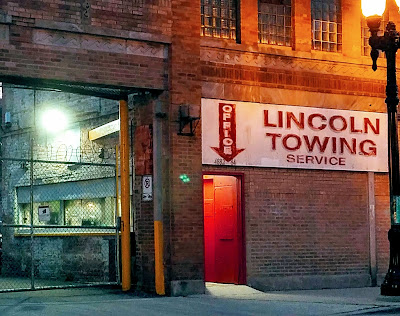 After literally years of complaints and hundreds of violations cited against Lincoln Towing (4882 North Clark) for inappropriate and illegal business practices, today Chief Administrative Law Judge Latrice Kirkland-Montaque of the Illinois Commerce Commission ruled that Lincoln Towing can retain its business license, at least for now.

This is in spite of a brief that ICC issued a few months ago citing 462 unauthorized tows performed by the company in an eight-month period, and 362 tows during that same period by drivers without a valid operating permit.

The administrative law judge found inconsistencies between the report and Lincoln Towing's records, according to the Tribune.

The final decision on whether or not Lincoln Towing can remain in business will be made later this year by the five ICC Commissioners, who will take the administrative law judge's opinion into consideration.

No word as of 11:30pm from Ald. Pawar, in whose ward Lincoln Towing is located and who has made rescinding its license a personal priority.
By Sonny Side Up - July 02, 2018