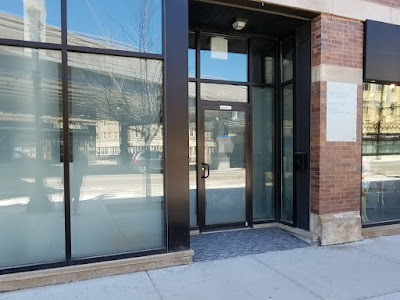 It's been obvious that something is up at the former 42 grams restaurant space.

There've been workers going in and out, and a new tile entryway has been installed. Residents living nearby received notices that a restaurant named Brass Heart is applying for a liquor license there.

On Monday, Eater Chicago broke the news: "A new tenant with Michelin-star history is taking over the kitchen at 4662 N. Broadway Street. Ex-Longman & Eagle chef Matt Kerney is assembling a team that will open a new restaurant in the space."

We have been told that the new owners "are even further improving an already great interior."

With In-On Thai set to open across the street on Broadway, and Anthony Fiore's Three Squares Diner coming to Lawrence House, going out to eat in Uptown is getting more interesting.