While we eagerly await the arrival of Malden Tap Room and Marina's and are enjoying the newly opened patio at L/A Mex, three longtime Uptown restaurants have closed their doors in recent weeks. 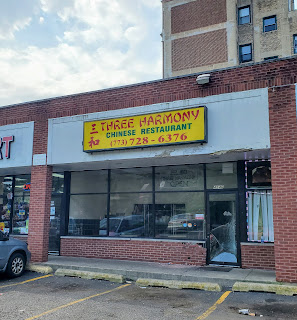 We start in Sheridan Park at Three Harmony. Open since before our founders started this little blog, Three Harmony was a Chinese restaurant at Wilson and Magnolia known for great crab rangoon and sesame chicken. Unfortunately, it also had a reputation as a haven for local gang members to charge their phones and do drug deals.

While things had improved greatly over time, the restaurant kitchen churned out consistently good food until early this year, when a change in ownership led to a bunch of dissatisfied customers and negative Yelp reviews. [Ed. Note - none of us tried the new Three Harmony, as we all eat from different Chinese restaurants in Uptown.] The "new" Three Harmony closed abruptly and without warning, and we presume that business suffered from the food quality issues. Next, on Clark, longtime Thai favorite Thai on Clark also closed without warning. Thai on Clark was in the neighborhood for many many years and weathered some lean years while putting out very solid versions of Thai classics. While business remained good through COVID, the owners put the building and business on the market earlier this year, and after a short time on market, they were successful in finding a buyer. The owner and his family have now moved back to Thailand to be with their elderly parents.

We wish the family that ran Thai on Clark the best and hope the transition back home is amazing.

For those left sad and hungry by TOC's closure, our spies tell us another restaurant is coming to the space. No concrete details to share, but we hear the new restaurant will feature a cuisine that is very popular in the U.S. (not Thai). Details to come soon. 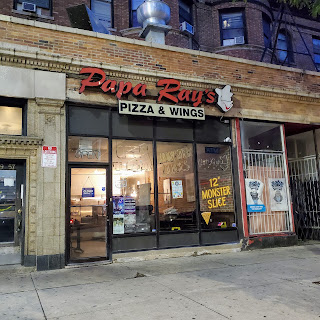 Finally, at Lawrence and Sheridan, the long-running location of Papa Ray's Pizza & Wings closed up shop. Local gossip says a dispute with the landlord could be the issue, but we couldn't confirm further before running our story.

Papa Ray's first arrived in 2010 and immediately became a local favorite for their monster slices and neighborly business management. Along with the beloved Uptown Deli, Papa Ray's helped tremendously in cleaning up this corner and cutting gang related activity.

Per the note left on the business, there may be a new location of Papa Ray's coming soon to a different part of Uptown, so stay tuned.

We hope to see Papa Ray's back soon and look forward to bringing you more information about the new restaurant coming to Clark.