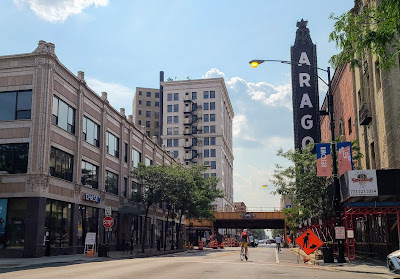 If you're around the area of Lawrence and the Red Line tracks this weekend, be aware that there will be a full street closure from Friday night until Monday morning while the viaduct is demolished.
This is part of the RPM total rebuild of the tracks and stations between Leland and Bryn Mawr.
Work will commence at 8pm on Friday, August 13th and will end by 5am Monday, August 16th (continuous around the clock work). It will affect West Lawrence Avenue between North Clifton Avenue and North Winthrop Avenue.
CTA says this is how the area will be affected:
By Kate Uptown - August 13, 2021