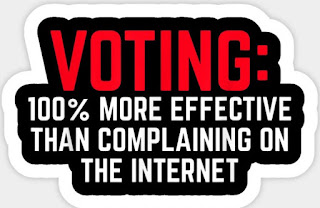 Today's the first day to vote early in the national/local primary election of March 17th.

You will have the chance to vote for Presidential nominee of your declared party, as well as U.S. Senator and House representative; Illinois Senator and House representative; Cook County offices; and judges.
You can vote at any early voting location around the city, including downtown. You do not have to vote in your ward.  (On March 17th, Election Day, you must vote at your assigned polling place.)

Early voting hours are:
If you're not registered to vote, but want to vote, bring two forms of ID to the polling place and you can register and vote immediately.

Get out there and do your patriotic thing!