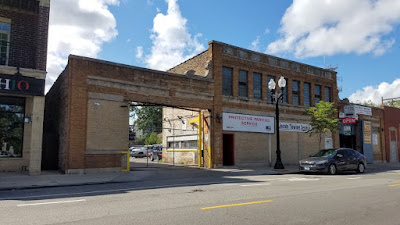 Since 2016, when then-47th Ward alderman Ameya Pawar tried to put it out of business due to its record of towing vehicles that it had no business towing, the case has been crawling through the legal system.

Chicago passed a "Towing Bill of Rights" in response to its sketchy business practices, but the ultimate license holder for Lincoln Towing is the state -- the Illinois Commerce Commission, to be precise. The ICC started an investigation into Lincoln Towing's daily doings in 2016.

After the ICC found 462 unauthorized tows performed by the company during an eight-month period in 2017-2018, the five commissioners voted unanimously to revoke Lincoln Towing's license in September 2018.

And the company promptly got a "temporary" license allowing it to stay in business.

Which brings us to Wednesday, when a Cook County Circuit Court Judge (Neil Cohen -- remember his name at election time!) ruled that Lincoln Towing's right to due process had been violated, and reversed the license revocation.

The Illinois Commerce Commission can appeal the ruling and said in a statement, "We are disappointed in the ruling and are exploring all of our options with our legal counsel, the Attorney General’s Office, representing us in this case."

We'll see what happens. But for now, the one Uptown company we wish would close down has a legal reprieve.

Here are all of UU's stories on Lincoln Towing.

OBLIGATORY MENTION:  Yes, Steve Goodman wrote about Lincoln Towing in 1973. It's a good song. Here's a live version of Lincoln Park Pirates that Steve performed at The Earl of Old Town. (Now that's a Chicago accent!)