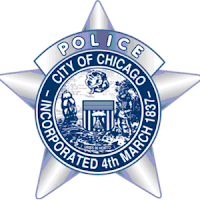 If you are concerned about crime in your community, and want to talk to the beat officers and CAPS officers about what is going on, this is the best place to do it.

If you have a concern that you'd rather not voice publicly, you can speak to an officer or a CPD civilian employee after the meeting.

Beat 1913 CAPS usually meets the first Tuesday of odd-numbered months, and will return to that schedule in September.
By Sonny Side Up - July 02, 2019