Diamondback Returns To Carol's Pub Tonight, and All's Right With The World

It's not really Carol's Pub until Diamondback plays, right?

Uptown Update spoke Thursday night with Reva Goodman, who (with late bass player Michael McKeehan) has been the core of Diamondback since 1999. She joined the band in September of that year, and they were a constant presence at Carol's until it unceremoniously closed in September 2016 due to tax issues and the revocation of its liquor license.

Reva said there won't be a house band at Carol's any longer, but Diamondback looks forward to returning a couple times a month to the place they called home for so long. 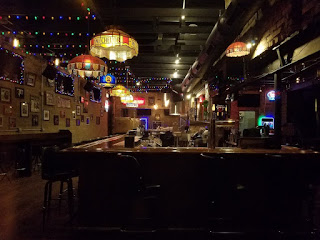 She's seen the renovations done by new owner Ed Warm and she's impressed. "It’s amazing. It's the impossible dream. He moved the bathrooms, took out the drop ceiling, and took away the pool table. He redid the beautiful wooden bar and the stage is bigger."

Diamondback came along when the bar was already established (Carol's has been around in one form or another since 1972). Reva remembers when shootings and muggings were everyday occurrences along Clark Street, and saw Carol's and the neighborhood slowly change during the years the band was a constant presence there. 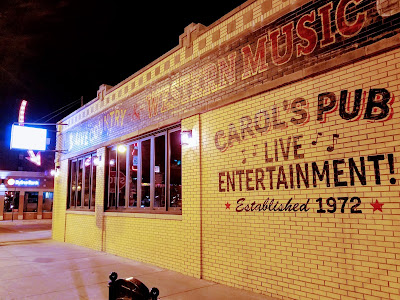 She said before the 2016 closure, things were becoming grim at the bar. "It was getting run down into the ground. It had lost its attraction the last couple years."

After Carol's sudden closure in 2016, Diamondback was in the new-to-them position of having to find places to play. They've built up a following playing at neighborhood places in the suburbs and city, as well as private parties and corporate parties. (You can follow their schedule here.) 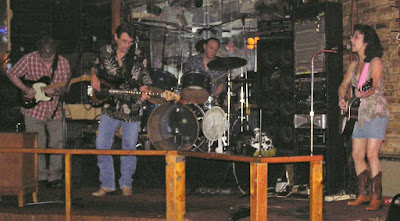 When they return tonight, it will be without their bass player, Michael McKeehan, who passed away unexpectedly in March 2018. Rich Nelson, who occasionally sat in for McKeehan during the past three or four years, now plays bass for Diamondback/DB3. He says he's there to carry on the Diamondback tradition and that even though he's playing with the band full-time, he'll always be sitting in for Mike. 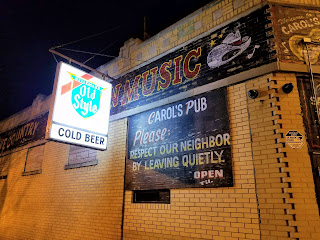 As for the new ownership of Carol's, Reva said "Ed Warm's just a great guy.  He's made it new place. He's done a fantastic job, and we couldn't be happier to walk in. He's going to be bringing in some phenomenal acts, both local and national. He's giving them free rein for what they want to do."

"Diamondback will be there, too, but more as an event, not every night."

Reva said she's seen some complaints on social media that Carol's is now "too clean," but "You can be a dive bar and still have clean bathrooms!"

The doors open at 4pm on Friday, the show starts at 9:30pm, as it always did, and the band will play until 3am, just like in the old days. If you can't make it Friday night, Diamondback will be back on January 5th.

Welcome back to Carol's Pub and Diamondback! Uptown would be a lesser place without them.
By Sonny Side Up - December 21, 2018