All Former Residents Of Wilson Men's Hotel In New Housing, Renovations To Begin 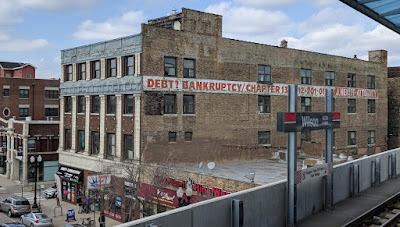 Clint Sabin is an 11 year resident of  Uptown and Sheridan Park and works as a public affairs and communications consultant. He sends us the following update on the renovation of the Wilson Men's Hotel at Wilson and Clifton:

"Happy endings do happen sometimes, although they tend not to get much coverage in the news—no one writes about the planes that land safely.  But this year saw happy endings for a group of Uptown men who haven’t had too much good news in their lives. These men are now in substantially better living situations: better homes, more support services and, for many, more income.

This happened because of the intensive social work and support provided by the new owner of the Wilson Mens Hotel, City Pads, who hired a team of social workers to help the residents throughout the past year.

Uptown was delighted when news spread that the building would be renovated after decades of neglect, but there was some initial concern about what would happen to the existing residents. Through City Pads efforts, almost all of the residents received a variety of bonuses and offers, were kept off the street and landed in better housing situations (only two of the 147 men refused all cooperation).

This is one story about safe landings that deserves to be shared.  Developers often get a bad rap, so when a developer does the right thing and has this kind of success, they deserve to get acknowledged.

Now that the building is empty, City Pads will begin site work. The renovated building will have 76 studios in the building, and at least 20 percent of them will be set aside as affordable. The building will have amenities like a co-working lounge, movie theater room, workout room, bike storage, and a game room.  There will also be 2000 square feet of retail on Wilson Avenue, although the composition of that retail is unknown at this time."
By Uptown Updater - November 27, 2018