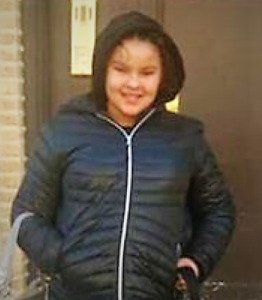 John Singleton, the man who was accused of stabbing 12-year-old Alexis Stubbs to death in the hallway of her home because he was angry at being asked to leave, has pleaded guilty in court to first-degree murder.

He accepted a plea deal sentence of sixty years in prison.

Mr. Singleton, who has been incarcerated since he was captured the night of the murder in June 2017, was 31 at the time. Because people convicted of first-degree murder are not eligible for early release from prison and must serve 100% of their sentence, he will be imprisoned until he is 91 years old. Illinois no longer has a death penalty.

Alexis's murder was heart-rending. She attended fifth grade at Courtenay School and was popular with her classmates and her neighbors on the 4600 block of Beacon Street.

She referred to Mr. Singleton as her daddy, although he was not her biological father. It was a horrendous, brutal, heartbreaking crime that never should have happened.

Nothing will bring Alexis back, but there is some relief in knowing that the man who killed her will never walk free again.

Rest in peace, Alexis. You didn't deserve any of this. You are still remembered and you are still loved by many.