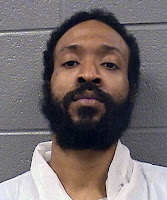 John Singleton, the man accused of murdering 12-year-old Alexis Stubbs on Sunday night, appeared in court Tuesday at a bond hearing. This is done to determine whether or not a person who has been arrested should remain in jail while his case is going through the court process.

Cook County Judge Maria Kuriakos Ciesil denied bail to Mr. Singleton after hearing witnesses' sworn testimony about the events of Sunday and Monday. She also ordered that he be evaluated at the Cook County Jail's medical facility after his lawyer said he had a history of mental illness and had recently discussed suicidal thoughts.

He is being charged with first degree murder, aggravated kidnapping, and aggravated assault of a police officer. When he was in custody and being questioned on Monday, the police allege that he punched a detective.

The testimony given Tuesday during the bond hearing was, according to newspaper accounts, very detailed and very disturbing. One of the things about doing a community blog is that we sometimes hear and read more than we are comfortable knowing. The accounts of what happened on Sunday night, as recounted in court testimony, are tragic and heartrending. Since so many of our readers knew Alexis and have fond memories of her, we will not summarize them here.

If you want to know what was said in court, you can read about it in the Sun-Times, in the Tribune, and in DNAinfo. The links are to the stories of Tuesday's testimony. If you knew Alexis and want your memories to be of the lively, smiling young lady that we hear she was, we suggest you think hard before clicking on them. All of them are rough reads.