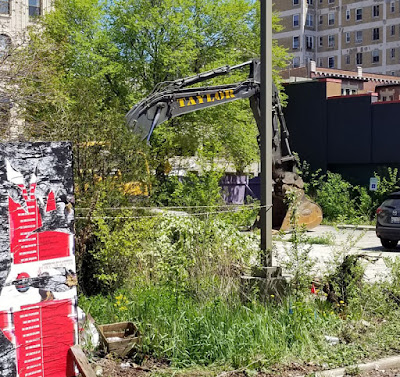 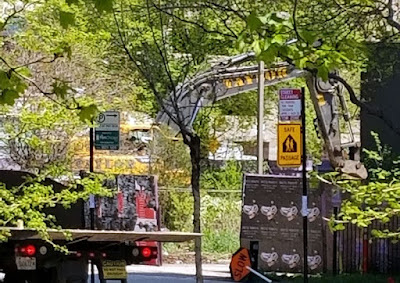 Finally the news we've been waiting for at Wilson and Sheridan! Demo has begun at the site of the former El Pollo Loco, which has sat unused for nearly eight and a half years.

The neighbor who sent these photos to us says, "So excited for that eyesore to come down!" We completely agree.

The large piece of machinery is an excavator. Presumably after it's done its job, construction will be able to begin on the TOD mid-rise building at that corner.
By Kate Uptown - May 16, 2018