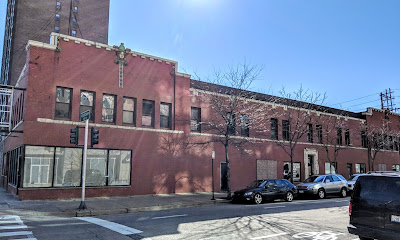 There's been a surprise twist in the story of Sarah's Circle's efforts to move from renting shelter space in the ICA Building at Sheridan and Lawrence to building its own shelter/apartments at Leland and Sheridan.

An anonymous donor has come up with a whopping $14 million donation to fund the new building. According to Crain's, "The City of Chicago's Department of Community and Economic Development has committed $3.5 million to the $17.5 million project."

So -- barring another plot twist -- the vintage building with the terra cotta faces at 4654 Sheridan will be razed, and a six-story building will take its place. Crain's says demolition could be underway by year's end.

Sarah's Circle's other location at 4838 Sheridan will not be affected.