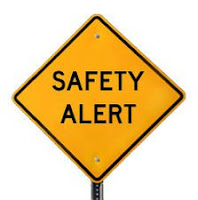 Ald. Cappleman sent out an email blast on Sunday:

"This morning I heard from 19th Police District Commander Marc Buslik that there were two shootings in the 46th Ward last night.
Residents are strongly encouraged to call 911 when they see any suspicious activity.

Additionally, I want to remind people that the Chicago Police Department has created the TXT2TIP program so that you can anonymously and safely report crime by sending information to the Chicago Police Department via text message. Follow these easy steps to submit a tip via text message:
I want to thank you for working with me to make our community safer by reporting crime and collaborating with your neighbors to use 911 trees and attend public safety meetings. When we work together, it makes our community stronger."
By Kate Uptown - April 09, 2018