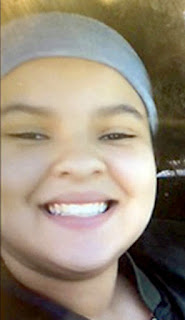 Update: With $373 raised in just a couple hours, the GoFundMe has been funded (and then some) and the campaign has been ended. Thank to you all who contributed so quickly and with loving hearts.

Update:  After fees from GoFundMe were deducted, $333 was raised. With the extra money, the class will have a plaque made and plant a tree in Alexis's memory.

Alexis Stubbs' classmates in Mrs. Holden's class at Courtenay School are raising money to have t-shirts made with her photo on them so they can wear them to her memorial service. A local company, Swagmatic, has generously agreed to print the shirts at cost. The shirts are $8 apiece and there are 24 students.

A neighbor has set up a GoFundMe to pay for the students' t-shirts. Mrs. Holden has said she will pay whatever the difference is between what is raised and the cost of the shirts. Donating is a way to lessen the financial burden on their big-hearted teacher.

The goal is a small one, just $180. If you can make a donation, it would be much appreciated. As the GoFundMe page says, "Our hearts are with these hurting students."

The link is here.