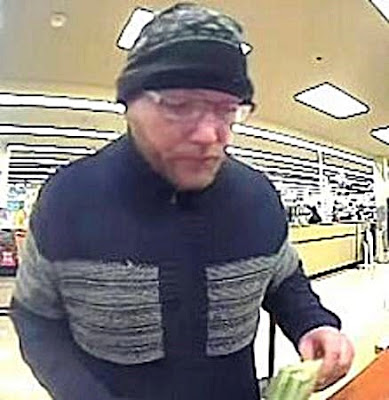 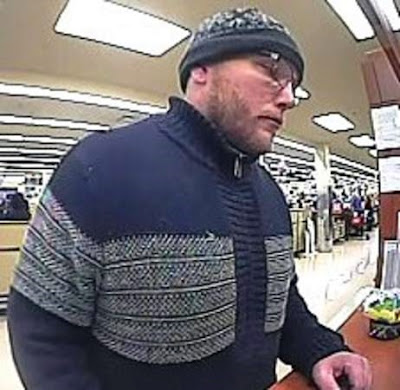 The same guy who robbed a TCF Bank in the Montrose/Sheridan Jewel last Friday robbed another TCF Bank inside a Jewel, this one at Ashland and Oakdale. This latest robbery happened at noon on Thursday, and he was wearing glasses and a different hat. Other than that, his M.O. and description were the same as the Uptown robbery.

The teller did give him a tracking device along with the money, but he dumped it right outside the store, according to CWB Chicago.

If he follows the pattern of the many Jewel/TCF thieves before him, like Kevin Ross, the Uptown Beach Bandit, the Shady Lady Bandit, and the Benchwarmer Bandit, he'll be heading down a well-traveled route that includes Broadway/Cornelia, Broadway/Berwyn, and Clark/Bryn Mawr. If he gets that far, we're sure he will have been assigned a cute nickname by that time.