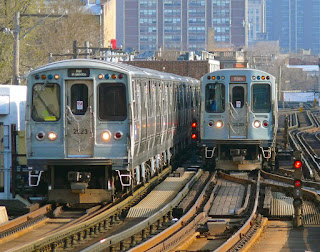 For years, we've been hearing about ambitious plans to completely rehab the Red Line tracks and stations north of Wilson. Today Mayor Emanuel, Sen. Durbin and the CTA announced that some major funding had been delegated toward Phase 1, which includes the Uptown portion.

According to the press release, "Phase 1 of the project includes four station reconstructions (Lawrence, Argyle, Berwyn and Bryn Mawr), reconstruction of track structure and viaducts (including some that are more than 100 years old), and the construction of a rail bypass north of Belmont station to increase rail capacity and alleviate train congestion."

The press release also says, "The CTA intends to move forward with its promise to encourage redevelopment in the Red and Purple corridor as part of Phase 1. The CTA will seek a consultant in 2016 to work with local communities and elected officials to develop a Transit Oriented Development Plan for parcels located in the Lawrence-Bryn Mawr and Red-Purple Bypass project areas."

You can read more about the project here, and the Lawrence-Bryn Mawr portion (Phase 1) here.

We don't think they'll make their goal of beginning construction by 2017, so don't hold your breath. But the wheels are turning to make it happen... eventually.
By Kate Uptown - February 09, 2016