From Feast to Famine? 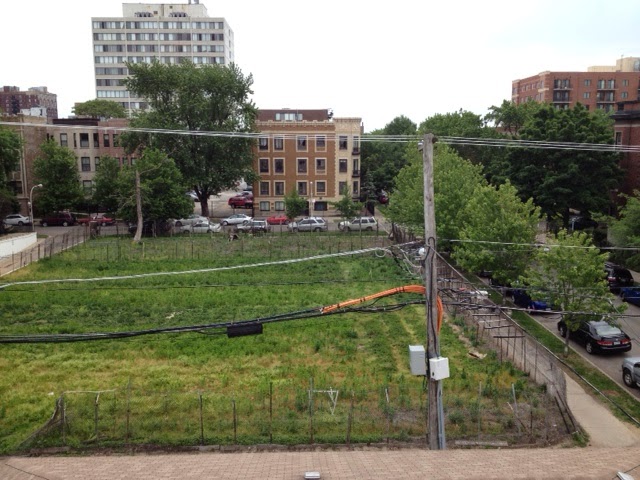 For decades -- since at least the early 1990s -- the small urban farm at Ainslie and Kenmore has been a little oasis in the middle of the city, where Asian neighbors tended their crops and kept it looking neat and tidy.

Not so this year, according to a reader.  Anyone know what may have changed this season?

"I was wondering if anyone could lend any insight into the status of the community garden on the northwest corner of Kenmore and Ainslie. A post on UU from 2011 shows a thriving garden sourced by the Asian community for nearby restaurants. However so far this summer there has been very little activity and part of the gate is torn down. The lot is overgrown with weeds and is starting to accumulate beer cans and other trash. Does anyone have any idea if other individuals in the community can use this space for gardening? Has the lot been sold to a developer?"

If you know, we'd love to hear from you in the comments.  That little urban farm was one of Uptown's hidden gems.

Update:  A member of the Argyle Winmore block club sent in this from the December 2013 newsletter:

"The latest piece of news that will interest you is that the urban farm on Ainslie and Kenmore is going away.  The farmer is retiring and the rehab center just north of the lot owns the land.  They've been letting the farmer use it for free (and gave their water for free, too).  They are now putting in a parking lot for their staff.  I'm not sure when construction will begin, or how long it will take.  Right now, they're going through the approval process."

So it looks like that's it for the urban farm. It was nice while it lasted, but change is the only constant.  People retire and move on.  The company that had generously allowed the farmer the use of its land and water for so long certainly can do as it needs with its own property.

There's a new community garden, the Winthrop Harmony Arts Garden, at 4919 Winthrop that Ald. Osterman's office is involved with.  Those with green thumbs might want to become part of the newest green oasis in Uptown.
By Kate Uptown - June 07, 2014