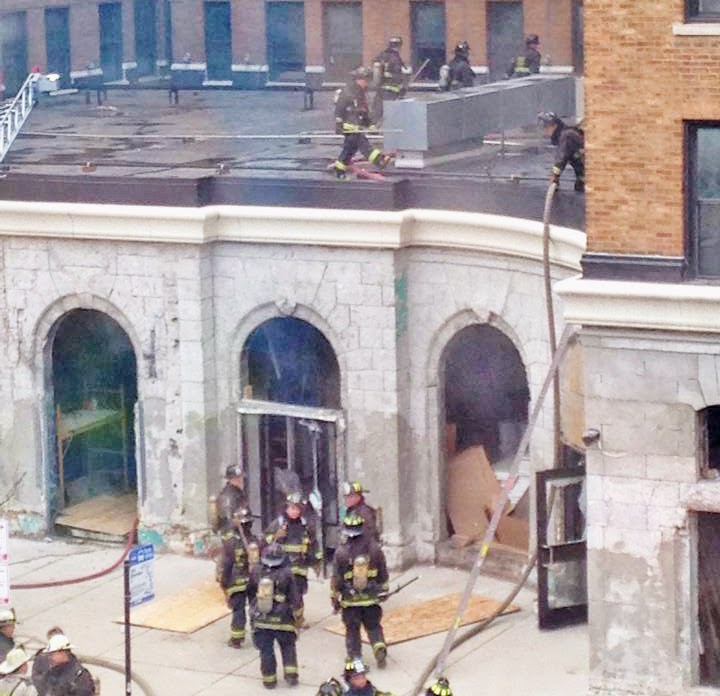 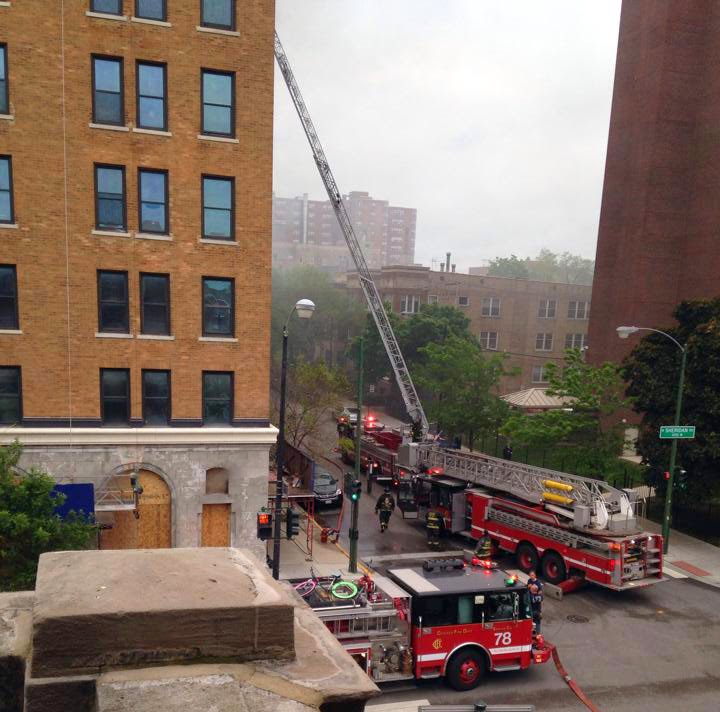 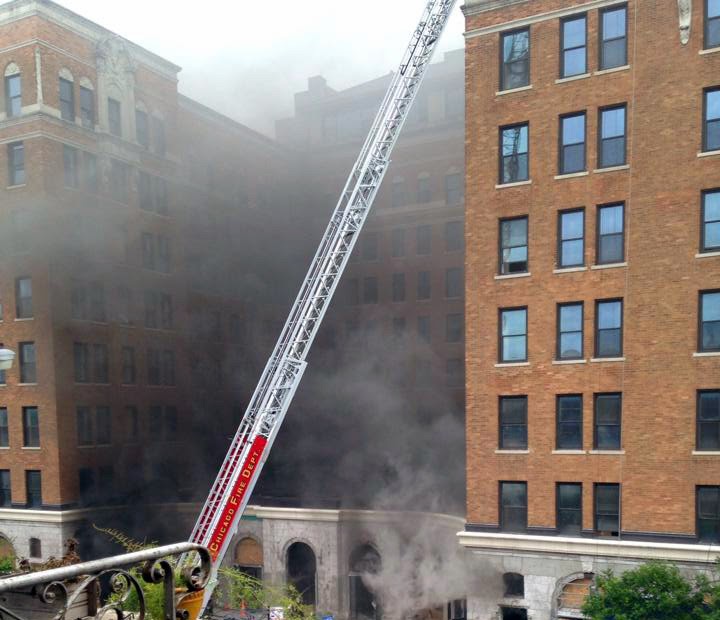 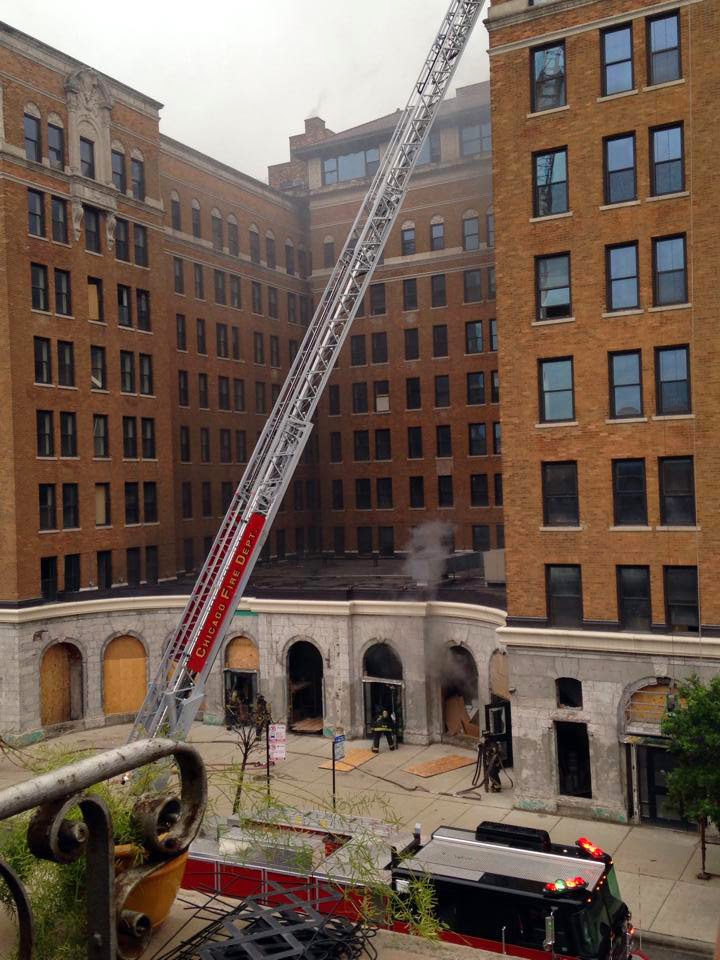 Shortly after 6:00 this morning, a fire broke out at Somerset Place (5009 N Sheridan).  No one was hurt, although firefighters rescued a painter and a security guard who were in the building at the time. They had gone to higher floors to escape the flames.

The building has been undergoing construction for over a year, with work being performed seven days a week.  While the cause of the fire hasn't been released, it began in, and was largely confined to, the first floor foyer area, where the ceiling was being renovated.  Plywood in the foyer area fed the fire. Smoke traveled up the staircases; we're unsure if there was much smoke damage.

At 7:00am, the CFD tweeted, "Still and box on Sheridan is struck out.  No transports."

Thank you to reader LG for the great photos of the scene.

Update:  Raed Zidan, one of the owners of Somerset Place, posted to UU's Facebook page at 8:30pm on Sunday. "Hello, thank you for all the support and I am glad to inform you that no one was injured in the fire and damage was limited. Construction will resume tomorrow morning."
By Kate Uptown - June 08, 2014