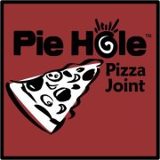 They played coy for a while, but now they've made it official:

Pie Hole Pizza will be opening its second location and have chosen Uptown, at 5001 N Clark Street, at Argyle.

The storefront was home to Winston's Internet Cafe for a while, but when Winston's closed, it was remodeled and rehabbed.  Rumors had it that Chipotle would be going in, but that didn't happen, and Uptown Update posted back in November that Pie Hole was a possible new tenant.

After some hemming and hawing, owner Doug Brandt admitted it was more than a possibility and started a crowdsourcing campaign to bring Pie Hole to the new location.  Must have been a success, because it's official.

We are very excited about Pie Hole coming to Uptown and can't wait to dig into our first slice sometime around the start of the baseball season.
By Caring Neighbor - February 10, 2013