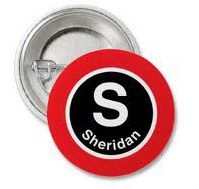 A press release from the 46th Ward Aldermanic Office:

Alderman Cappleman stated, “The key to any thriving urban neighborhood is safe, clean reliable public transit. With the Sheridan Red Line station renovations, we’ll increase public safety, create a more attractable area for economic development, and reduce the number of cars on our crowded streets. Additionally, this plan will bring many needed jobs to Chicago.” He added, “The Sheridan Redline Stop is one of the northern stations that has needed improvements for a long time. These renovations will help residents, business owners and Cubs fans alike.”

The funding breakdown for the $1 billion overhaul is:
In other CTA news, the Sun-Times has a tentative schedule for rehab of stations on the Red Line and the resulting closures: