Interesting!  Two Uptown theater companies are making location changes, and they're both staying in Uptown.  Can you say "Entertainment District"? 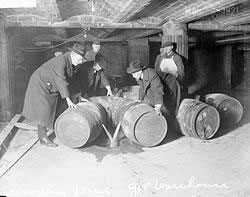 *  What's this "speakeasy" stuff? From BPN's October 2011 newsletter (which we can't find online, but would love to link to if anyone can provide a link):


"National Pastime Theater opened its doors in October 1992 but the space it occupies really opened up a few months earlier. That's when the theater's founding director, Laurence Bryan, cut through the back wall of a shop at 4139 N. Broadway and discovered a cobwebbed, mahogany-hued, Prohibition-era dance hall speakeasy. The shop merchant didn't know it was there. The property owners didn't know it was there. Did Joey "the Clown" Lombardo know it was there? We'll never know. What we do know is that the residents of Buena Park were just as thirsty as the rest of Chicago.

The speakeasy had a secret entrance, of course, and 10 secret exits leading to the basement, the back alley, and a catacomb of hallways in the surrounding apartment building. A terrazzo floor, 17-foot ceilings, and a giant marble clock above a bar adorned the interior. Originally designed as a ballroom in 1921, the space was soon "repurposed" as a hideaway tavern. According John J. Binder, author of The Chicago Outfit, there were thousands of such speakeasies in Chicago during Prohibition and several remain as bars and clubs today. But the secret saloon on Broadway wouldn't be one of those. In 1948 it was walled off, forgotten, and left to the ghosts.

Forty-odd years later, thanks to Bryan's well-placed cut, the old speakeasy got a third life. Seats went in, lights went up. The outlawed imbibing was replaced by outrageously hip acting and cutting-edge plays in the Chicago tradition. From demon rum to drama on tap. So it goes."