Man Shot In His Car On The 4600 Block of Broadway 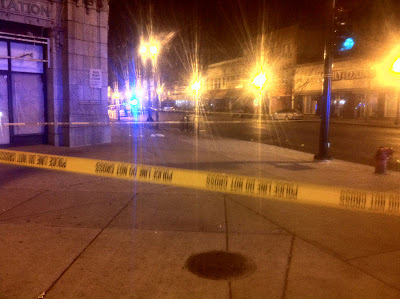 We heard shots on Broadway shortly after 4am on Sunday, called 911, and went back to sleep.  Woke up today to the news of yet another person shot.  From the Tribune:


A man in his mid 30s was shot in his left waist in the 4600 block of North Broadway about 4:15 a.m., Chicago Police News Affairs Officer John Mirabelli said. He was sitting in a car when someone opened fire, Mirabelli said. It's unclear what prompted the shooting and the man was in stable condition at Advocate Illinois Masonic Medical Center, Mirabelli said.

A reader sent in the photo above, which shows the area in front of the Wilson el was blocked off by police tape.  If you have any more information, please put it in the comments.
By Caring Neighbor - December 11, 2011