And It All Ends Peacefully 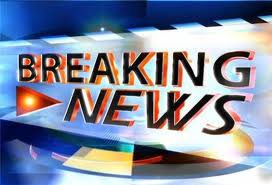 According to news sources, the barricade situation is over.  No loss of life for either the fugitives or the ATFE agents, or Illinois State Police, or Chicago Police.  A masterful handling of a very touchy situation.  Check for updates, which we will add below.

Apparently one or all of the men were fugitives from South Bend, Indiana.  Thanks, Hoosier State!

Channel 2 reported at 10:30 that three men who were holed up inside 4639 Broadway gave themselves up.  A fourth man had been arrested earlier, at around 4:15 pm.  There was film of the surrender on CBS2.

Here's the Tribune's take on it.

At 10:50pm, "reverse 911 calls" went out assuring nearby residents that the situation was under control and no need to stay inside.


Here's our situation:  Around 6pm, the police asked UU not to post in real time because they didn't want the men barricaded inside the building to know what was going on on the street as far as law enforcement tactics.  (We noticed that the television news observed the same moratorium.)  So we can tell you now, thanks to wonderful readers who kept writing in:
And so it ends, with no loss of life.  Considering the amount of firepower on display, that's pretty amazing.  We're sure we'll hear more -- much more -- in days to come, but for now we're going to bed and we're really happy at the way things turned out.  Trains are running like gangbusters, so be on time tomorrow, everyone!