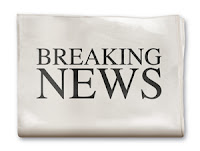 Neighbors are telling us that there were nine shots fired on the 4800 block of Winthrop Kenmore around 8:20.  Cops responded quickly and in force.  Not sure if anyone was injured.

It's only March and we're already sick of this idiocy.  Please post any further information in the comments.

Update:  According to a commenter on our Facebook page, a 20-year-old male was shot in the eye thigh. Three suspects are in custody.  (This is all per the police scanner, which may not be the most accurate source of information, as it's broadcasting in real time.)  A gun was recovered after it was tossed into a yard.  Cops are combing Lawrence between Winthrop and Kenmore for shell casings.

A reader sent in a link to the scanner feed of the incident and says:  "At 17:41 on the archived tape I sent you they have the weapon in offender in the same minute they confirm that they found a victim. Funny that neighbors are getting so vigilant that we now find offenders and weapons before we find the victim."
By Caring Neighbor - March 23, 2011