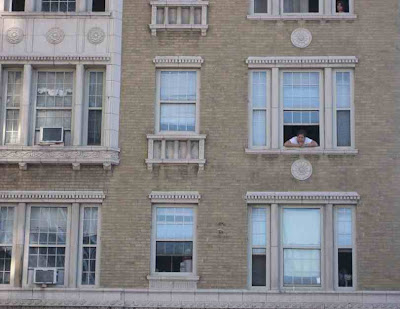 (Photo, "Uptown Resident - Murder On Her Doorstep" sent in by a reader)

Chicago Police detectives from Area 3 at Belmont and Western still have no motive in Friday's shooting in Uptown, that left one teen dead and another critically injured.

The homicide victim was identified as Timothy Pittman, 19. A spokeswoman from the Cook County Medical Examiner's office said that relatives had come to identify him Saturday morning. The medical examiner's office did not have an address for the victim, but several residents said that both shooting victims resided in a public housing building on the 900 block of West Lakeside Place.

A police spokesman said that the two victims were walking on the 4800 block of North Sheridan Road at 3:22 p.m. Friday, when the first 911 call was placed. The victims were approached by another man who opened fire on them.