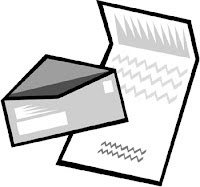 A long-time resident of the 46th Ward wrote a letter to the alderman's office, which he shared with Uptown Update:

I have to say, I am so concerned about the state of Uptown today.

Walking from a friend's Edgewater apartment to my condo on Malden, WHY must I be confronted by a myriad of homeless, mentally ill, abusive, drunk, drug fueled, and generally wandering hordes of 'thugs'? ... The 'strip' between Montrose and Wilson, on Broadway, is such a disgrace.

All the news concerning the 'Wilson Yard' is grim. 'Uptown Slum' in the making. This development seems to be a make-or-break situation for our community, and it looks like the slippery slope just got worse. What about those re-election postcards sent out, with the stylized artist's conception of the finished Wilson Yard?

And the alderman's answer to her long-time constituent? Nothing. Nada. Silence. As usual, "Alderman Shiller was unavailable for comment."

Which makes Uptown Update wonder... who is representing the interests of the residents of the 46th Ward? Certainly not Helen Shiller. She won't even acknowledge them.