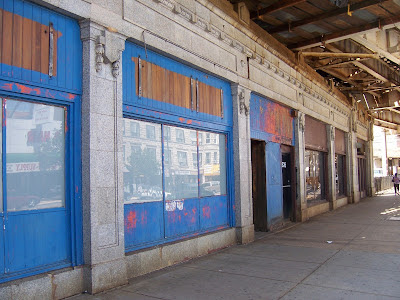 Mayor Daley's plan to require Chicago building owners to secure, maintain and light up their vacant buildings was advanced by a City Council committee today amid concern it would saddle building owners with expenses they cannot afford and trigger an avalanche of demolitions.

“To deal with the worst set of circumstances, we’re requiring that everyone spend the money to do it in every circumstance, even though it’s not necessary in every circumstance. I’m fearful this will lead to more demolitions, rather than more opportunities to use the properties,” said Ald. Helen Shiller (46th).
Ald. Ed Smith (28th) said a “whole lot of buildings” in his impoverished West Side ward are owned by senior citizens on fixed-incomes.

“What happens if they can’t afford an alarm system? Does the building get torn down? It may be a perfectly good building,” Smith said.

Ald. Walter Burnett (27th) added, “If a person is struggling, we’re setting these folks up to fail. And we’re setting ourselves up for coming into possession of a lot more buildings.”

“There are buildings all over the city just sitting there wide open. Most of these lenders aren’t doing a damned thing. … If you go after the buildings, lenders have to fix ‘em up. Otherwise, they have no investment,” Stone said.

As for fears that Ma and Pa owners would be saddled with added costs, Stone said, “I’m not going after the two-flats and three-flats. I’m going after big buildings. You can be selective as to what you go after.”

The use of plywood to cover doors and windows would be strictly prohibited on buildings vacant for at least six months, under the ordinance, advanced by the Buildings Committee after a four-hour hearing.

A six-month vacancy would also trigger a requirement that buildings either be secured with steel panels or have all windows and doors installed, a functioning security system and an “active account” with a private security company. Dusk-to-dawn lighting would be required at all exits.
By Uptown Updater - June 04, 2008