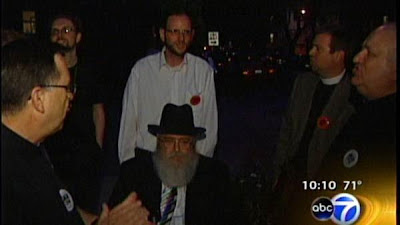 They're fighting her plans for Senn High School.

The group, Organization of the Northeast says the plan would keep many neighborhood kids out of Senn and make it less diverse.

Smith has proposed turning the high school into four separate academies. Smith says only the college prep school would have selective enrollment. The others would accept any student living in the Senn community.
The group left a letter on Smith's door.

"We really don't want Senn to turn into a place where you have to apply to get into it. It should be a community school that everyone in the community can go to," said Cassandra Chen, ONE supporter.

The group says they would like Smith to work with them on a plan for the school.
By Uptown Updater - June 04, 2008