Demolition of Lawrence Red Line Platform To Begin On Monday 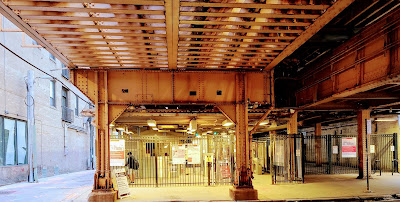 A two-week project to demolish the platform at the now-closed Lawrence Red Line station will begin on Monday, July 26th.

The station, which closed last May, was built in 1923 and was operating long past its useful life. The $2.1 billion project known as the Red Purple Modernization (RPM) Program will totally overhaul all tracks, embankments, platforms, and stations between Leland and Bryn Mawr.

Demolition work will go on between 7am and 7pm on weekdays, and possibly the weekend, through Friday, August 6th.

According to the CTA, this is how the area around the station will be impacted: