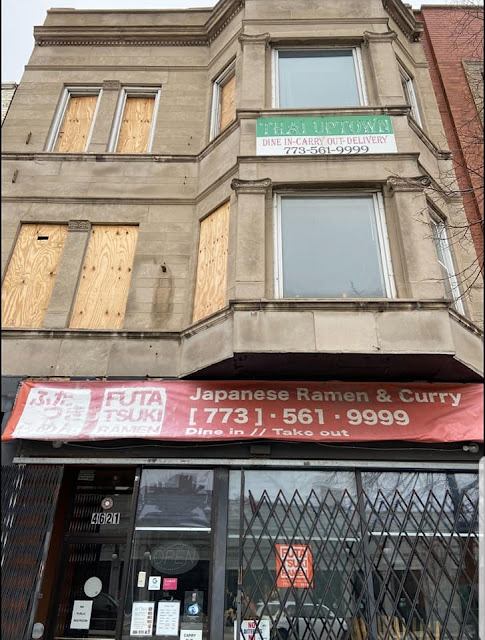 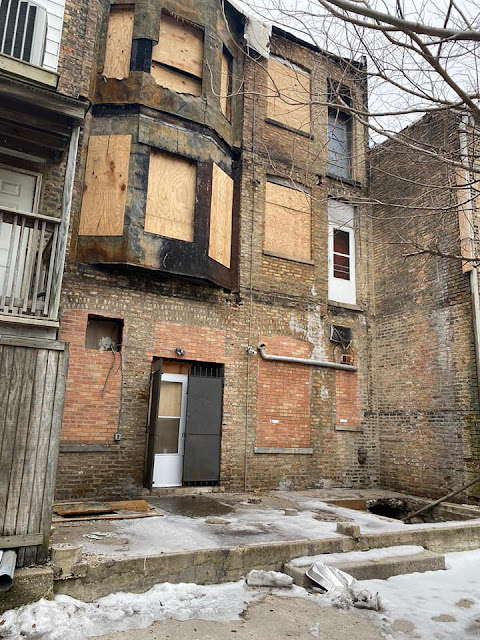 Futatsuki Ramen, an Uptown gem, suffered serious water damage to its storefront after a fire last September that originated in the tenant spaces above it. It has not been able to open since then, despite hopes of a quick turnaround.

We'd love to see them stay in Uptown, and think a spot close to Truman College would be ideal. Maybe the previous Alma Pita space at Wilson between Malden and Magnolia? The former Snacks 4 Less space at 1144 West Wilson?

If you have any connections or would like to suggest a spot, preferably one that's already set up for a restaurant, please get in touch with the owners through the Facebook page.

The building, located at 4621 North Broadway, dates back to 1902 and is considered a contributing building to the Uptown Square Historic District.