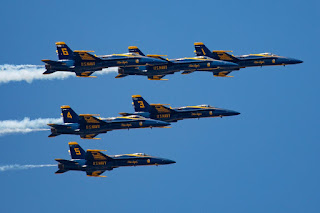 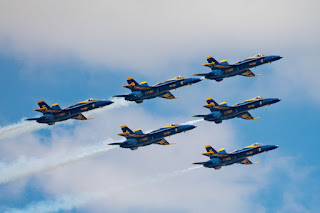 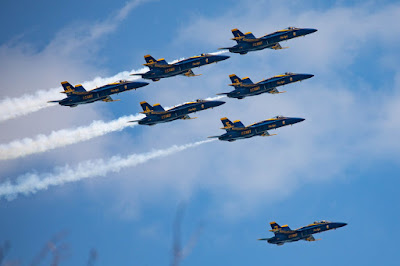 As promised, the Navy Blue Angels flew over Chicago Tuesday in a salute to the pandemic's frontline workers and COVID-19 patients. Photographer and Uptown resident Robert Skutnick managed to get some great pictures despite the planes' relatively quick pass over Uptown.

He says, "For the flyover, I was just west of Lake Shore Drive at Margate Terrace (behind Margate Park Field House). It was a very quick event!"

We particularly like that you can see the Blue Angels just beginning the "missing man formation" in the bottom photo.

The route over Chicago was designed to take the Blue Angels over all the major hospitals, including Weiss here in Uptown.  CBS Chicago did a story with the Weiss staff, including interviews with some of the hospital workers. The story is here and the embedded video is below.