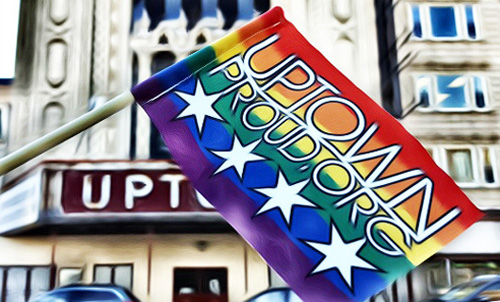 Most of us saw this coming, but it's still disappointing.

After the city canceled late-May and early-June events like the Blues Fest and Memorial Day Parade, today the committee that sponsors the Pride Parade said the parade will not happen on June 28th, as originally planned.

Depending on what happens with the pandemic, it may take place in late summer or early fall.


"We are sad to announce that the annual Pride Parade will not take place this year on June 28. We announce this postponement in the hope that conditions will allow the parade to take place later this summer or early fall.

We have always felt that safety is the first priority for our participants in the parade; the hundreds of thousands of spectators; as well as all the city agencies and independent contractors that work so hard to make the parade a success every year.

We hope that there will be a possibility to re-schedule. However, If that is not possible, we know that the Pride Parade will be back in 2021 and for years to come."