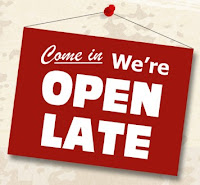 Ald. Matt Martin in the 47th Ward has announced that that his next Ward Night (after-business-hours opportunities to speak with the alderman or his staff) will be held on Tuesday, February 25th, 5pm-7pm at the ward office, located at 4243 North Lincoln.  The next Ward Night will be Tuesday, March 24th, at the Burning Bush Brewery.

You can sign up here for an appointment. Meetings are by appointment  only in ten-minute intervals and are limited to four per person per year.

If you're interested in speaking with Uptown's other aldermen after regular business hours: