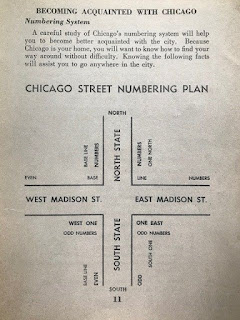 Welcome local historian and NU professor Bill Savage for a talk on his forthcoming book The City Logical at the Bezazian Branch Library this Wednesday!

"While most Chicagoans know about Daniel Burnham and "the City Beautiful" movement, few recall that the same year the Plan of Chicago was published, 1909, the city regularized its street address system, and began a long (and unfinished) process of making street names consistent across town.

Rogers Parker Edward P. Brennan was the free-lance urban planner and political gadfly who made State and Madison Streets the East-West and North-South axes of our grid, and worked to make Chicago a city logical, one where old-timers and newcomers alike could make their way around town easily.

In this lecture, Bill Savage will explore the history of Brennan's work in relation to Rogers Park and the rest of town, and see how exceptions to the rules of Chicago's grid teach us historical lessons.

Bill Savage is Professor of Instruction in the English Department at Northwestern University, where he teaches the course, "The Chicago Way: Urban Spaces and American Values."  He has published widely on many Chicago topics, and is a lifelong resident of Rogers Park."