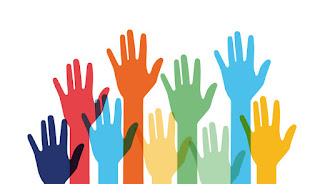 The increasing level of gun violence has been a huge concern since the weather got warmer, as Uptown has experienced multiple instances of gunfire on our streets, with at least six shooting victims.

After the double shooting on Argyle on Monday (the third incident in which people were shot on and nearby Argyle since mid-March), a joint public meeting was announced Tuesday by the 46th and 48th Ward aldermen and the 19th and 20th District police commanders.

"Yesterday afternoon there was a brazen shooting on the Argyle CTA platform at 4pm. Two individuals were wounded in this incident. Chicago Police believe this was a targeted gang related shooting. Both individuals who were shot are very well known to the Chicago Police Department and have criminal pasts. Police are reviewing video footage and actively investigating this shooting. I will provide an update on this incident later this week. If you have any information regarding this case, please contact Area North Detectives at 312-744-8263.

This is the third shooting in the Argyle area in recent weeks. In the previous two incidents, arrests have been made. Police are investigating whether yesterday's incident is related to the two previous shootings.

As someone who cares deeply about the safety of everyone in our community, I find these incidents which put our residents in harm's way extremely frustrating. I'm working closely with 20th District Commander Sean Loughran to address violence in and around the Argyle Area. The Chicago Police Department will be sending the 20th District additional resources for the Argyle area, which will include additional bike patrols and a second foot patrolman on each shift.

I am hosting a meeting with Alderman James Cappleman, Commander Sean Loughran of the 20th Police District, and the new Commander at the 19th District, Chris Pappaioannou, on Wednesday, May 15, 6:30pm, at Furama, 4936 N. Broadway. Please attend this meeting for more information on recent gun violence in Uptown as well as ways to get involved in our offices' summer safety initiatives.


"There have been a number of troubling incidents involving gunfire in the Uptown area over the past few weeks. Although we have all worked together over the past eight years to reduce the number of these incidents, I am very concerned about the sudden uptick in gun violence, which has been reported from Montrose north to Foster.

All of the shootings have been targeted and gang-related. Because the violence stretches across police districts and ward boundaries, I will host a public meeting with 48th Ward Alderman Harry Osterman, our new 19th District Police Commander Chris Papaioannou, and 20th District Police Commander Sean Loughran. The meeting will be a chance to hear more about the recent crimes, learn what the police are doing and share ideas about what we can do together to make our neighborhood safer.

I hope to see you there."