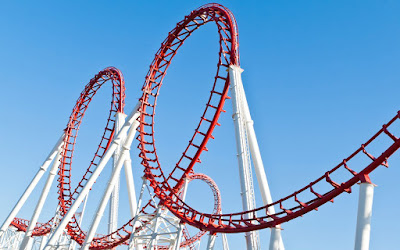 An update on the white-knuckles ride that is the 46th Ward aldermanic vote count tally:

As of Tuesday's posted results:

According to Mark Brown in the Sun-Times,


"The main pool of potential votes yet to be counted are provisional ballots cast by individuals whose eligibility was challenged at the polling place, usually over a question about their voter registration or whether they had participated in early voting or vote by mail.

In the 46th Ward, there are 51 provisional ballots. Election officials ruled 20 of those will be counted, another 14 will not be counted and two will be counted only for mayor and treasurer. Another 15 are pending."

Mark Brown also says that Cappleman and Lalonde have both filed lawsuits challenging the results of the run-off election, as have the two candidates in a similarly close race in the 33rd Ward.


Finally, if you voted by mail and didn't get a confirmation that your ballot was received, you can check it online or call the Board of Elections. Usually there is an emailed confirmation sent on election night, but a few readers have told us that they didn't get one this time around.

One told us that he contacted the Board of Elections, and the representative told him that the confirmations were emailed, but some were never received. They have no idea why.

If you voted by mail and never heard back from the Board of Elections that your vote was received, you can check its status here: https://chicagoelections.com/en/vote-by-mail-status.html


We're all getting a civics lesson -- when they say every vote counts, they mean it! Stay tuned. The count will be finalized on April 16th, and certified by the Board of Elections on April 18th.

Then, there are those legal challenges filed by both Cappleman and Lalonde....