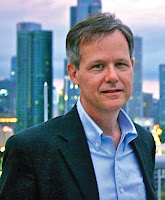 The Board of Elections has stopped counting ballots in Chicago's April 2nd runoff election, two weeks after Election Day. In the 46th Ward aldermanic race, five votes came in on the last day, all for Marianne Lalonde.

The election results will be certified by the Board of Elections on Thursday, April 18th.

There's every indication that there will be a request made before a judge for a full or partial recount of votes, so it ain't over 'til it's over.

There was a total of 14,133 votes counted, a gain of 772 new votes since the polls closed on Election Day.

When the votes were counted on the evening of April 2nd, each candidate had the exact same percentage of votes as they ended up with two weeks later. Lalonde had 49.91% (6,669 votes) and Cappleman had 50.09% (6,692 votes) after all 40 precincts were counted.

We couldn't find any evidence of a recount reversing any prior Chicago election, but there's a first time for everything. The most recent recount came in 2015, when Ald. John Pope lost by 20 votes to Susan Sadlowski Garza and asked for a partial recount. He dropped the challenge and conceded on May 12, 2015, after the partial recount indicated he had no clear path to victory.

Meanwhile, in the 33rd District, Rossana Rodriguez Sanchez maintained her lead over incumbent Deb Mall by a 13-vote margin. We have no information as to whether Ald. Mell, who won her last election by 17 votes, will request a recount.

For a brief explanation of how a recount works, check out Ward Room.