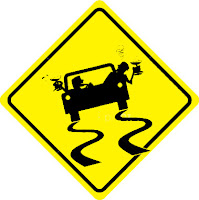 Everyone knows not to drink and drive, but this Saturday night will be an especially bad time for it, because the CPD's DUI Strike Force will be out in the 20th District.

The 20th District includes everything in Uptown north of Lawrence. Its boundaries are Lawrence, Devon, the lake and the river.

Pro tip: Lyft, Uber and taxis are a lot cheaper than fighting a DUI charge.
By Kate Uptown - March 22, 2019