This is big news, folks!

The old Wilson Avenue Theater at 1050 W. Wilson will once again have musical acts for the first time since 1919. The property is owned by Cedar Street. 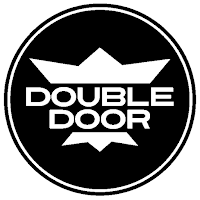 Double Door closed its doors in Wicker Park back in 2017 and has been searching for a new home since. While in Wicker Park, Double Door hosted acts like The Smashing Pumpkins, The Rolling Stones, The Killers, Kanye West and John Legend.

Neighbors first knew something was up when a pop-up Smashing Pumpkins merchandise sale was announced for today at 1050 W. Wilson and a sign proudly announced that patrons were standing in the future home of Double Door. The sale runs today from 1PM-7PM.

In this case, Wicker Park's loss is definitely Uptown's gain. This will make an amazing addition to our Uptown Entertainment District. The project will have to navigate a few neighborhood hoops. More as it becomes available...


Update: There've been a few more articles since we broke this story early Saturday morning.