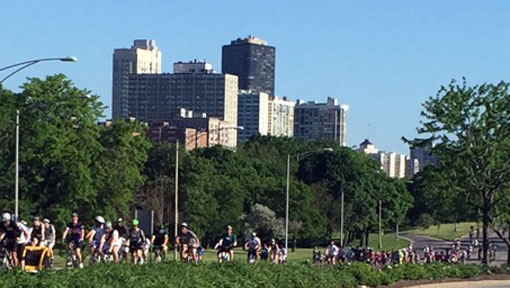 Sunday is the Chicago Triathlon, and all lanes on southbound Lake Shore Drive from Randolph to Hollywood will be completely closed between 5am and noon.

For the first time, vehicular traffic will not be sharing the Drive with the triathletes. It used to be that half the lanes in each direction were for drivers and the others for cyclists, but last year an uninsured 20-year-old driver decided that she was more important than the triathlon and drove around the cones, injuring two competitors. So now all the cyclists will ride on the southbound lanes, making a loop at Hollywood.

Expect traffic on streets running parallel to the Drive to be impacted as well.
By Sonny Side Up - August 25, 2018