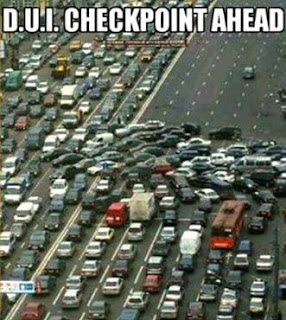 Okay, 20th District drivers, it's your turn to prove you're driving like you should.

The DUI Saturation Patrol will be in the 20th District (between Lawrence and Peterson/Elmdale/Thorndale east of the Chicago River) from 7pm Saturday until 3am Sunday. Even though the CPD publicizes each time the DUI Saturation Patrol is out, the officers regularly write 50-80 citations each evening, for everything from driving under the influence to unsafe vehicle conditions to no seatbelts to no insurance.

In addition, the Breath Alcohol Testing (BAT) Mobile Unit may also be deployed to allow officers to expedite the process of charging a person with Driving under the Influence (DUI) prior to transporting an alleged into the nearest lockup for bonding. The mobile unit also allows for Individual Recognizance Bonds (I-Bonds) to be issued at the site of the DUI Saturation Patrol."